As many of our friends and fans know, I just returned from my first Azamara Club Cruise on the Azamara Journey.  I traveled over Easter, so more children were onboard than normal.  According to the stats we were given, there were six onboard under 17.  Yes, I did say that was more than normal.  Part of the reason it is surprising is that Azamara does not have dedicated children’s programming like all of the contemporary cruise lines.  That was ok with us as we are two adults with no children. 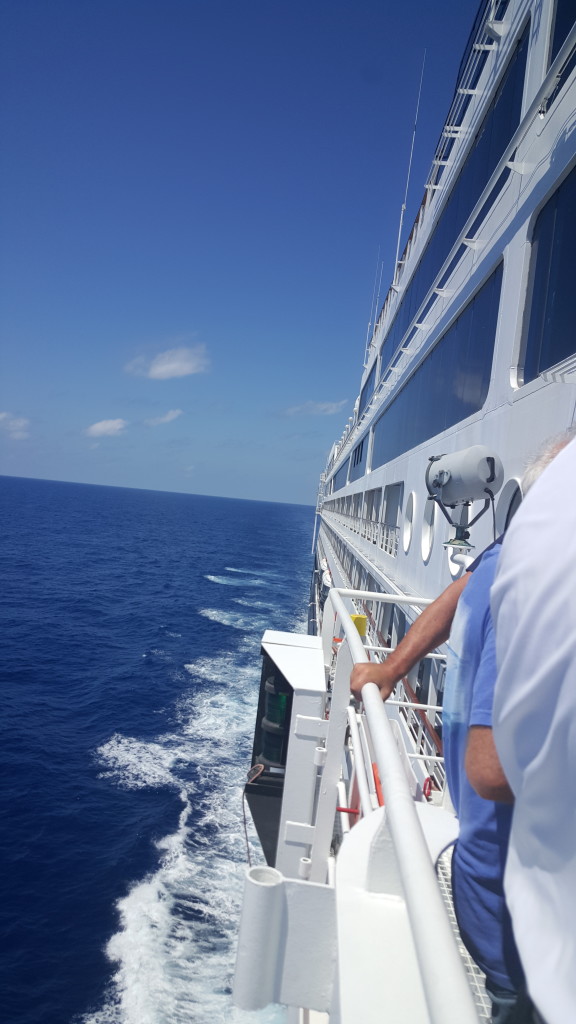 We have cruised 27 times on Disney since 2002.  People are amazed when I tell them that.  We have been very happy with Disney Cruise Line and to be honest, the experience on board has rarely been less than excellent for us.  We have realized that we pay a premium to cruise on Disney and it hasn’t been a problem for us when we consider all we are getting.  This started changing about 2 1/2 years ago when the Disney Magic came out of her reimagination.

As I was preparing to host a group onboard for the five night sailing, I received a call from Disney Cruise Lines, indicating that the cruise was going to be cancelled as the ship was not ready yet.  This was three days prior to sailing.  I scrambled to reschedule or postpone all of my clients to another cruise date and then I started worrying about myself.  Our flight was in the morning and we had been scheduled to cruise back to back, plus meeting friends at Disney World pre-cruise.  We couldn’t just cancel, we had a lot of arrangements to be made.

Of course, since our notice was three nights prior to the sailing, we figured that the rest of the work should only take three more days, right?  I think I would have been more accepting if it had only taken three days, but instead, when we got onboard eight days after we received the notice, there was still work being done.  Some cabins weren’t completed.  Reserved cabins weren’t cleaned, toilets weren’t attached, etc.  This made me realize that Disney should have been able to give more than three days notice.  As far as I can tell, this is when my opinion started to change.

After this time, Disney started putting limits on onboard bookings, changed the alcohol policy, significantly increased pricing, yet didn’t vary many of the sailings at all.  After 27 sailings, we really didn’t see a need to cruise except if it was a very special itinerary or a new ship.  When summer 2016 sail dates were released, we made our decision that unless it was work related, we would not be cruising Disney again after our scheduled cruise to Iceland and Norway in summer 2015.  It was a very sad moment in our household.  It was a tough decision, but we had decided that unless people started to send a message about the itineraries and the pricing, nothing would ever change.  As long as people were paying, Disney had no incentive to change.  I was no longer going to be a part of the problem.

Don’t get me wrong.  If you have young children and haven’t been on every Disney Cruise Line itinerary, you have every reason to cruise.  The children’s programming is fantastic.  I don’t know of any cruise line that comes close to what Disney does for the kids.  I’m not saying the other lines have bad children’s programming, I’m saying that Disney far exceeds the others.  Disney is a great line to go on a multi-generational trip.  There is something for every age to do.

Disney prides itself on is exceeding the competition in terms of what they offer onboard.  I think the children’s programming is a great example.  But when it comes to the rest, I think you can reasonably argue that Disney has started to fall behind the competition.

With summer 2017 sailings released last week, it was great to see some new itineraries out there for more than just the Disney Magic.  Four and five night “double dips” to the Bahamas, new ports in Alaska, a nine night sailing in Alaska, plus two Southern Caribbean sailings on the Fantasy.  However, when I looked at the pricing on those sailings, it was the same old, same old.  New itineraries mean higher prices, justified because they are during summer break and because you can’t compare to previous sailings as there weren’t others.

Let’s turn back to our Azamara Club Cruise.  This cruise far exceeded our expectations.  From the food, to the service and everything in between, Azamara was, well, just amazing.  While onboard we booked a future cruise in November 2018.  This was a 10 night Eastern Caribbean, visiting many islands that we have not visited before.  The price was not cheap, but the experience made us realize it was worth it to us. 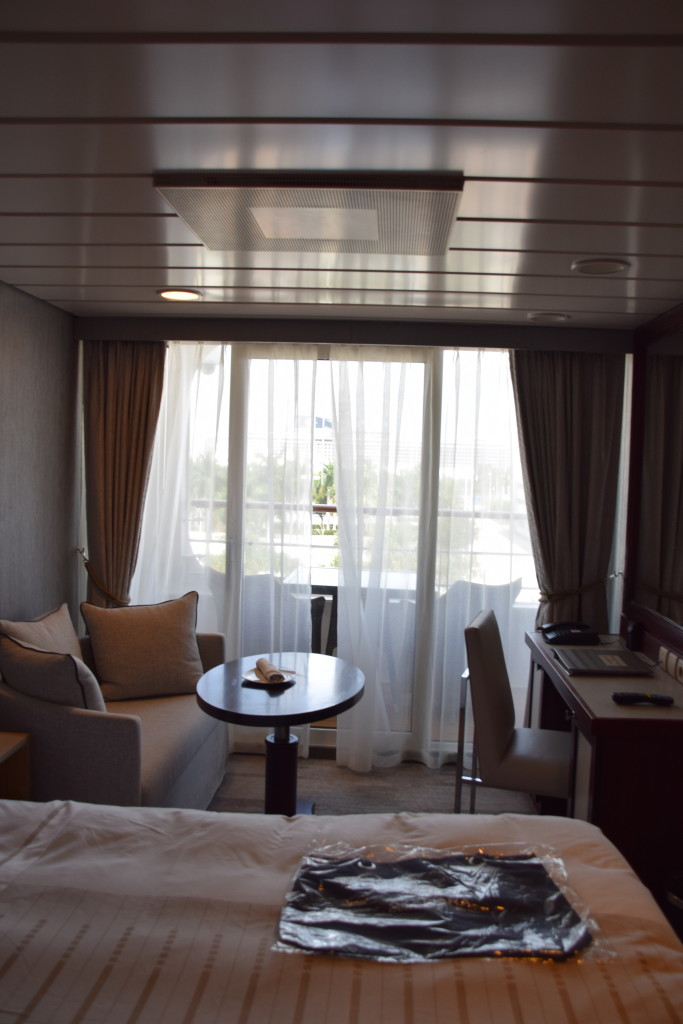 After Disney announced 10 and 11 night sailings on the Fantasy, we felt it was important to compare the two lines and sailings.  Here is a comparison of the ships and what is offered.

Yes, gratuities and standard alcoholic beverages are included in the cruise fare.  The inclusions listed above are for all cabins, not just concierge and suites.  They have other extras as well.  I should also mention that with a new booking on a future Azamara cruise, onboard credits are available for most of the categories.

Of course, you have to compare the pricing as well as the ports of call as it wouldn’t mean much without that.  Below I compared the 10 night Disney Fantasy sailing with the 10 night Azamara Journey sailing that I am booked on.  The price difference is staggering!  Yes, the Journey is not going as far south as the Fantasy, but I will get nearly 20 more hours in port and visit three ports of call I have never been to, and return to three ports that I loved in the past.  Plus I won’t have to pay for gratuities or beverages.  If I opt for the concierge room, I’ll pay just a little more than a balcony on Disney and I’ll also get my specialty dining included.  Plus I’ll get between a $300 – $1500 onboard credit from Azamara.

Next I compared the 11 night Disney Fantasy sailing with the 11 night Azamara Quest sailing in January 2017.  Editor’s Note:  Price comparison removed by request.

One other thing that I forgot to mention about Azamara pricing.  Several sailings a year will have single rates at 125% instead of the industry norm of 200%.  This is great for the solo travelers.  Additionally, if you are a cruiser who has been on Royal Caribbean or Celebrity Cruises, you have an advantage.  When you are part of either the Crown and Anchor or Captain’s Club, you can request a one-time match into the other club.  You will come in to the other club at a corresponding level, then start earning loyalty with the second line.  Azamara shares the club levels with Celebrity.  What this means is if you have cruised with Celebrity, when you cruise on Azamara, you come in at their respective level.  What is different is that you continue to earn points with both!  We started our Azamara Journey cruise 6 points away from the next level with Celebrity and Azamara.  After completing the cruise, we have now reached the next level with both of them.  The repeater benefits are much better as well with both of these lines.

This has made me feel even better about the amount I’m spending for my Journey sailing.  The only question left is “Who wants to join us?”  If there is enough interest, we will make this a ToaD group sailing!  Drop my wife a note at tracy@travelonadream.com.

About the Author: Bill Whipple