Home/Easter Onboard Azamara Journey
Previous Next

In our April newsletter, we shared the first day onboard Azamara Journey from our recent cruise to the Western Caribbean.  When we scheduled our cruise, we didn’t realize that it was sailing over Easter.  We were wondering how this would impact the sailing.  One way was a lovely brunch on Easter Sunday which featured this ice sculpture. 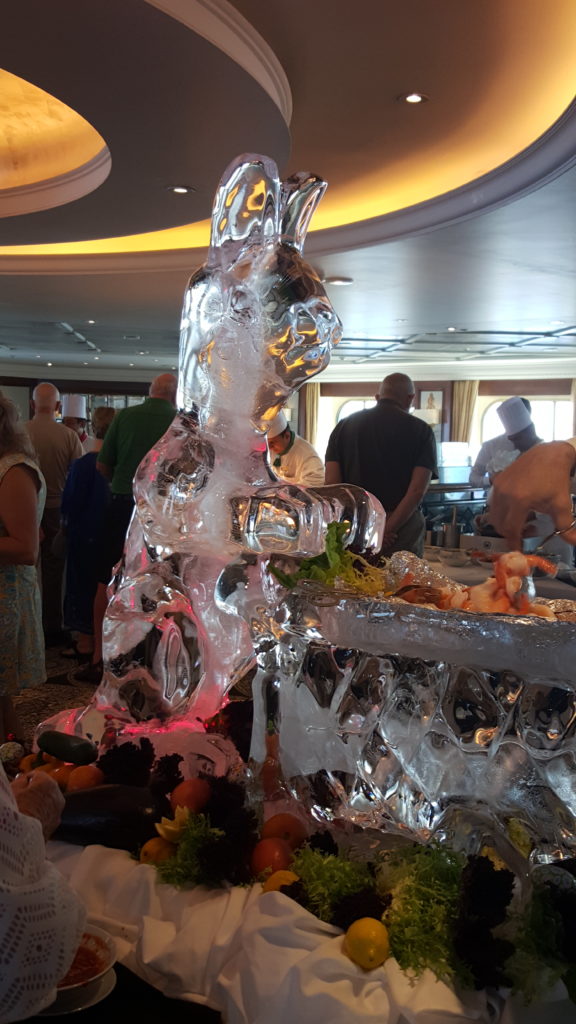 As well as some cool deviled eggs. 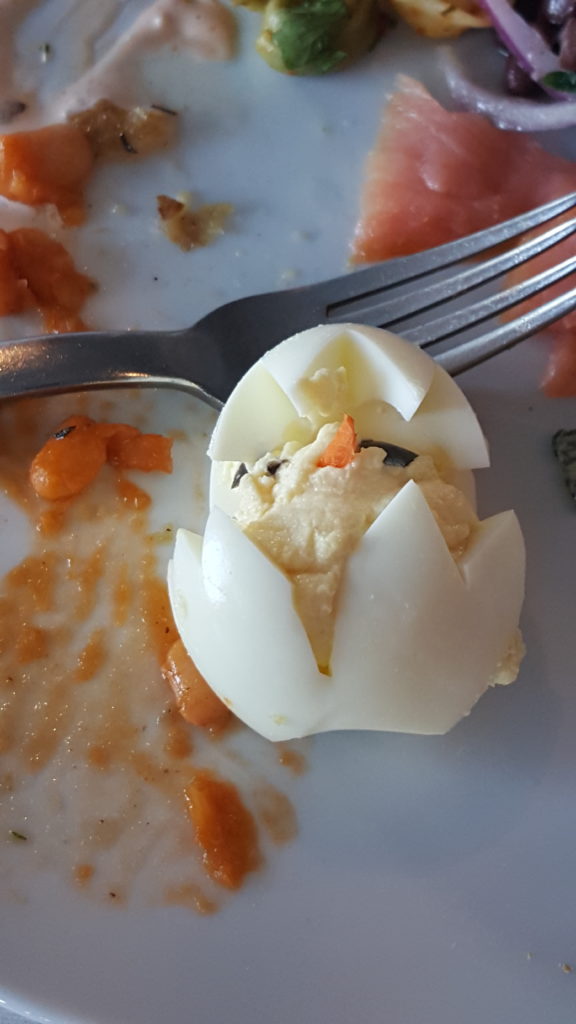 We also had an Easter Egg hunt for everyone of all ages.  We attended although we didn’t care to get much chocolate, we helped the kids involved find some of the treats.

I forgot to mention on the first day we had a Cruise Critic meet.  This was very well attended with over 50 people who signed up.  I didn’t spend much time on Cruise Critic before the sailing so I didn’t really know anyone, but it was still fun.  Hors d’oeuvres were brought around as well as beverages.  Everyone introduced themselves.  We did run into a few Cruise Critic members over the course of the cruise which was fun.  Check out their Roll Calls for your upcoming cruise on most cruise lines!

One thing I should mention about myself, I love trivia!  I may not be good at all trivia, but I still like to participate and sometimes even win.  Even if there isn’t a real prize, it’s the thrill of the competition and seeing what I know.  We were happy to see a lot of trivia onboard.  We regularly joined in when we weren’t busy with other activities.

We started out the day with breakfast in Windows Cafe, followed by Trivia in the Living Room.  Because it was Easter, we planned to go to brunch, but did so closer to lunch time.  Before brunch though, we decided to try out the Sanctum Terrace and the thalassotheraphy pool.  We had purchased a cruise long pass for $160 for two.  While not very expensive, we found that we didn’t go as often as we had thought we would (dang trivia!).  Over the course of the cruise, we only went three or four times. 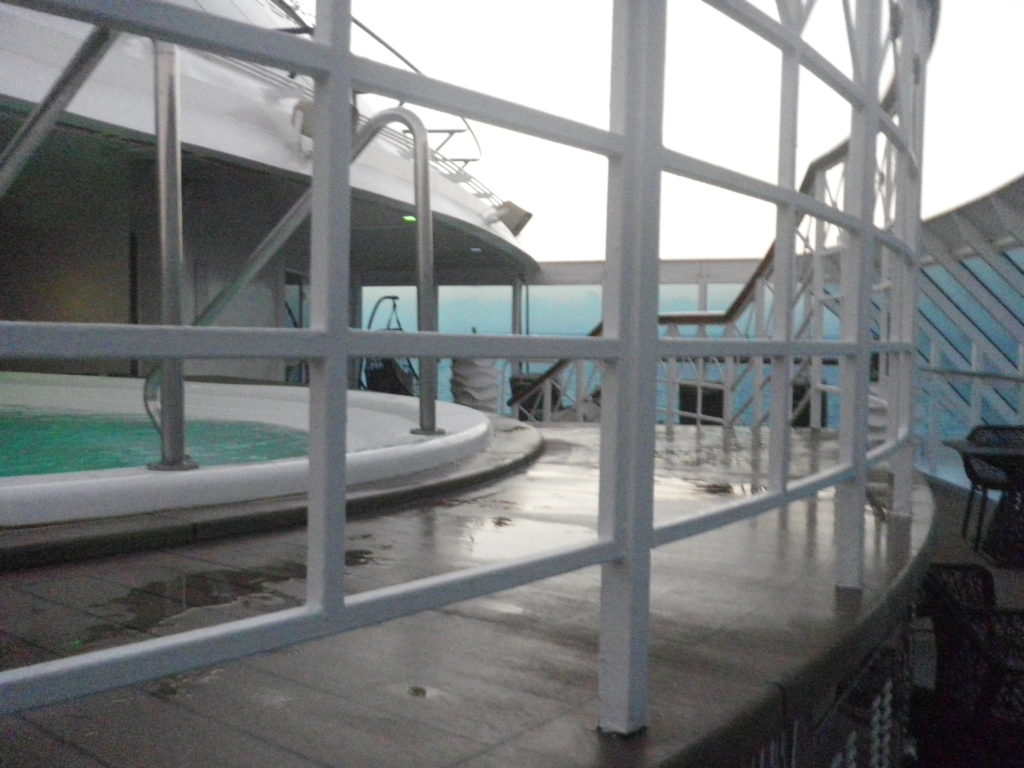 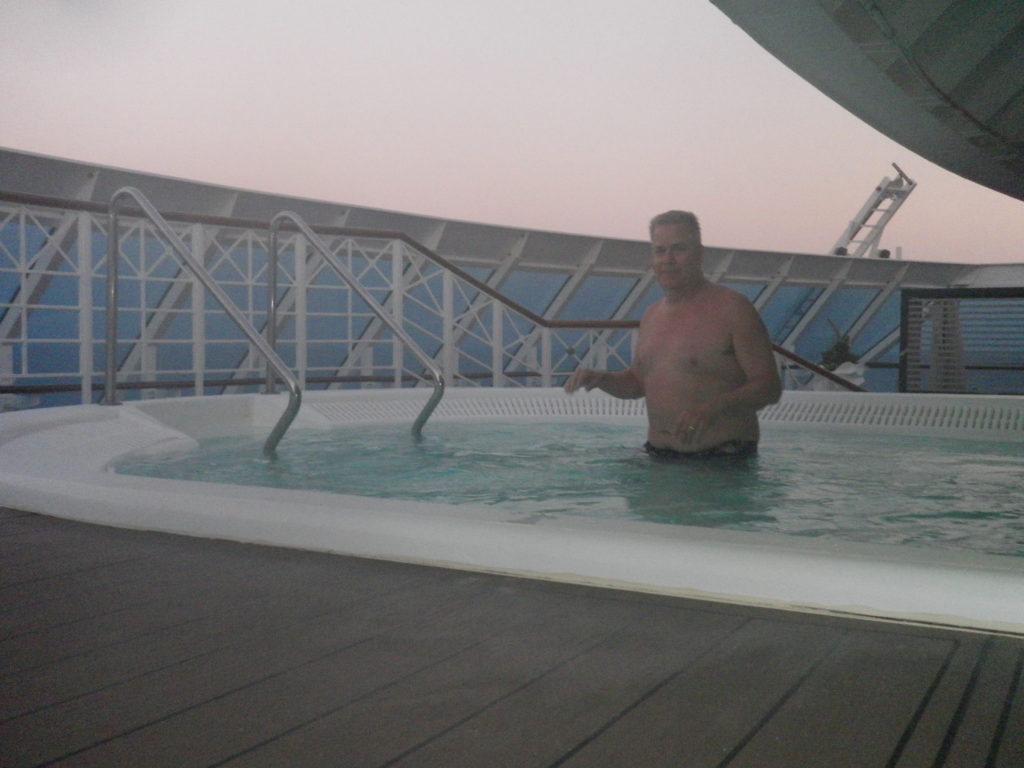 One thing that we really liked onboard Azamara is there were select activities each day where you could participate in to earn prizes.  On the daily Pursuits, activities marked with a * would earn you a signature if you participated.  If it was a competition (like ping pong or trivia), you would get an extra signature if you won.  At the end of the cruise, you took all of your signatures to the Cabaret and turned them in for prizes.  Of course, you know I had to do this!  One of the first things we did each day was see which activities would count.

After brunch, we participated in the Tribond Trivia and then the Easter Egg Hunt.  The cruise staff hid chocolate eggs all around the ship and we had to explore to find them.  We helped some of the kids go in the right direction, including one who found a Godiva chocolate bunny.

Then it was up to the Living Room for ’60s music trivia.  We met a couple from Canada in the morning trivia that day and over the course of the cruise would become trivia teammates.  We had a lot of fun, even if we didn’t win very much.

Tonight we would attend the first of three Chef’s Table meals.  The Chef’s Table was held in Prime C, right outside of the wine cellar. 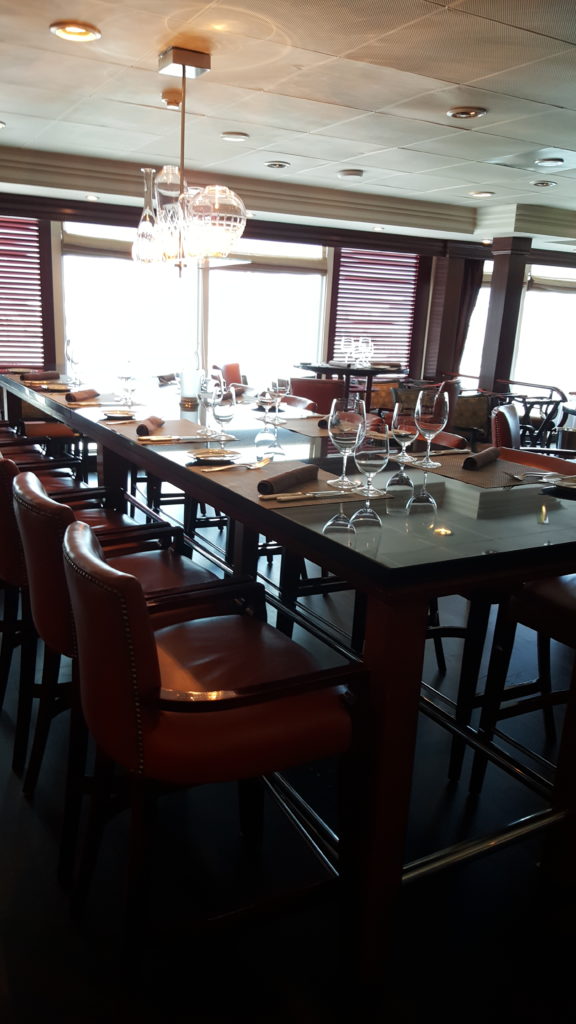 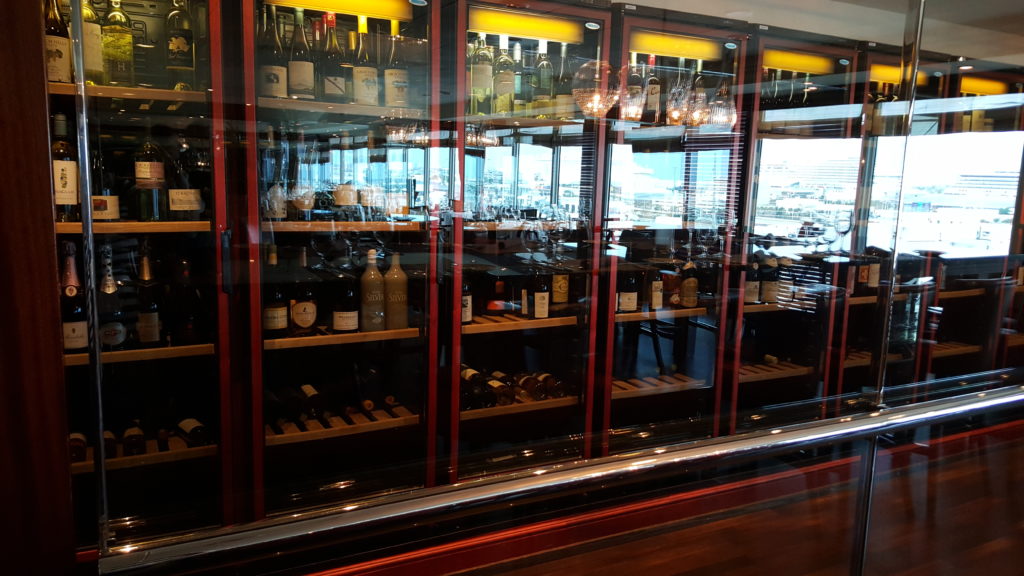 The first dinner didn’t have very many participants, probably because it was so early in the cruise.  Check out the menu. 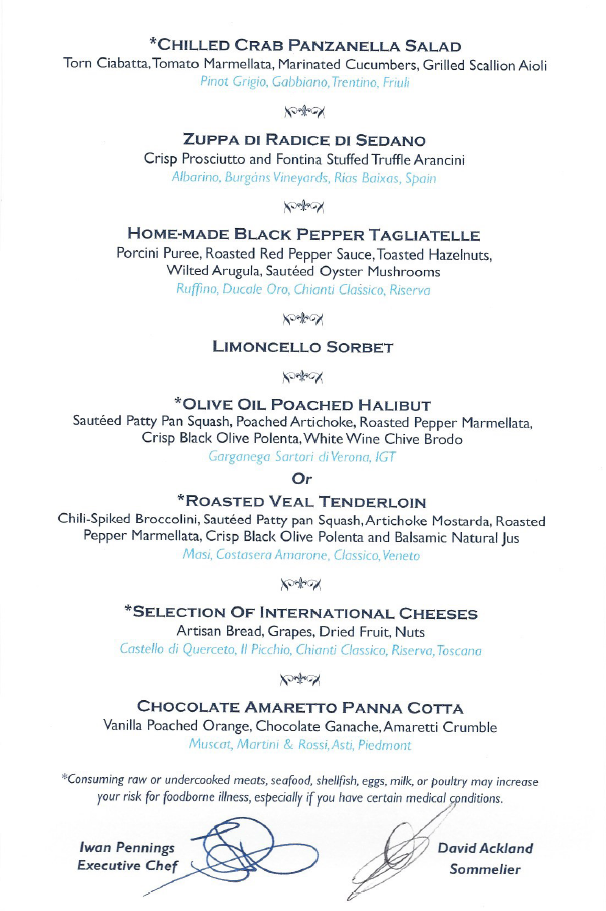 The Sommelier went over all the wines we would be having with the meal for each course.  The Executive Chef went over the menu at the beginning and stopped to visit us at the end.  He asked if there were any recipes we would want.  I said “all of them, for all of the dinners!”.  He said he would work on that for me.

After an amazing dinner, we stopped down to the Captain’s Welcome Reception and got a glass of champagne, just in time for the toast.  Afterwards, we decided to call it a night early rather than stay for the entertainment.  It was before 10 pm, but we would be changing our clocks one hour earlier so we ended up getting a good night’s sleep before our arrival in Cozumel.